Many of our Amateur Radio Members, Friends, Elmers have become members of the “Silent Key” Club. On this page we memorialize, Remember and reflect on their lives and the time they spent in the Hobby.

In Memoriam – Clint Stone KQ6NJ (SK).
This past September 13th, TCARA lost one of its best and most active contributors. Clinton (Clint) C. Stone (KQ6NJ) contributed in many ways to TCARA and the TCARA sponsored testing sessions, most recently as the trustee for the club station K6AGF. A celebration of life was held at Glenkirk Church in Glendora on October 16th, attended by many local Amateur Radio Operators as well as many other friends and family of Clint. In addition to those who knew Clint well over many years, he’ll be remembered by countless examinees who were greeted by him as they arrived at license testing events and were either congratulated or consoled by him as they left – and were always encouraged. Clint, thank you for all you did for so many of us.

A THANK YOU TO THE ESTATE OF CLINT STONE KQ6NJ (SK)
TCARA wishes to express it’s gratitude to the estate of the late Clint Stone KQ6NJ (SK) for the kind gift to TCARA. As noted in the November issue, Clint is much missed and warmly remembered.

Donald L. Obert – KR6S of Claremont. Don served in the U.S. Navy in the South Pacific, later graduating  from Cal Poly Pomona as an electronic engineer. Don worked for many years at General Dynamics in  Pomona and, later, at the U.S. Naval Weapons Center in Norco. Don was a former TCARA officer and  longtime Extra Class Amateur Radio operator. He passed away on October 23, 2020. Don is survived by  his children, Lianne Adama, Thomas Obert and Michael Obert as well as his dear wife Bobbie, three  grandchildren and a large extended family.

Jack R. Swank – W6FAM of La Verne. A long time TCARA member, a member of the La Verne CERT team  and a Master Mason. In addition to his Extra Class Amateur Radio license, he held a 1st Class Radio Telephone license and GROL. Jack was a long-time member of TCARA’ VE testing team and a volunteer  with the La Verne Police Department. Jack served in the U.S. Army, followed by a career in aerospace  including involvement in every Gemini launch from 1965-1966. Jack passed away on Christmas Eve. He  is survived by his wife, Suzanne and daughter, Judy.

· March 25 at 10:07 PM  · To all my TCARA Brothers and Sisters, it is with a sad heart that I relate the news that long time member and Health and Welfare Director for the Club, Bob Embry KD6DKV, passed away yesterday at 90 years old. He was a great spirit and compassionate person. I will greatly miss “Cowboy” Bob.Bruce Bolton de AG6YS

Jim Eagon K6JFE, past board member and webmaster for TCARA memorialized his father on Facebook, I re-posted his words here. His father was not a licensed ham but attended several TCARA general meetings with Jim and many of us got the chance to meet and interact with Jack Eagon:

my Dad, John (Jack) Eagon, left this world and stepped into eternity on Sunday evening, April 18, 2021.

He had been preparing for this important and final journey for several years now. Of course he had health issues and was fighting the good fight for quite some time. Also, mom has been gone more than 6 years now, and I really think that he also was just done with life and he didn’t want to go on living without her.

Dad had been living with me for the past year and a half, starting at the end of 2019 and through the pandemic of 2020. He needed more help lately and was no longer able to drive safely. I really appreciate that fact that I was able to help take care of him and working form home really helped. He helped teach me that the time we spend with our families is precious and is never wasted time…and those opportunities we miss can never be made up.

Dad lived a rich and full life, mostly on his terms. There were difficulties and challenges both as a child of the Depression and in his adult life. His family was one of the brightest lights in his universe and he loved helping people at as an educator who was also very involved in his church. You might not know this, but he was both a sailor and a pretty good golfer too!

Jack helped mom raise two boys, Jim and John. In spite of his own battles and challenges, his family never wanted for anything, including his time. He was generous with both his presence and his resources. Much of who I am and what I do I owe to my Dad and his influence will reverberate in my life for years to come.

Dad passed from this life pretty much on his own terms as well. We used to talk quite a bit about death, dying and heaven. He was really, REALLY ready to go! He would often tell me that he wanted to just go to sleep and never wake up. Well, that is exactly what he worked out with God last Sunday evening. He was pretty much asleep all that day and then very quietly and peacefully, with no struggle or angst, left his body behind and took the hand of his Father in Heaven, who was ready for dad to join the heavenly throng.

Dad wanted to go, and felt his life was done and that he was ready to take that last journey. My heart has been sad, but my spirit has been at peace. Part of that greatest generation, Dad felt he had fought the good fight, stayed the course and that he left nothing undone nor did he owe anyone.

Evidently, last Sunday night at 8:20, God agreed. Thank you for everything, Dad. I will miss you and your influence in my life. All I can do to honor your life is to be best father, teacher and man I can be. I wish you God’s best blessings, and I can only imagine what it’s like up there.

May you have fair winds and following seas…

Sunset Ridge Linked Repeater is with Hector Figueroa and Ray Olesen. Yesterday at 9:44 AM  · I just learned today that Ray Olesen AD6AF is a Silent Key. I believe he passed on April 3, 2021. Ray checked in every week on our AR Newline Net and he was one of my volunteers with Disaster Communications Service (DCS) at Temple Sheriff’s Station. He was also a Former Senior Technical Trainer at Amtrak. The Memorial Service for Ray Olesen’s passing in April will be live streamed here https://www.youtube.com/watch?v=vrR3j8zsh2U at 2 pm PST on Saturday, 5/22/2021.Ray, it was a pleasure knowing you and working with you at events. Thank you for always being there and someone I could count on. Please keep Ray’s family in your prayers. 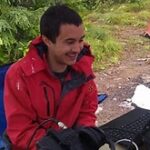 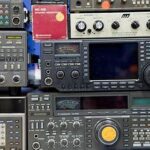 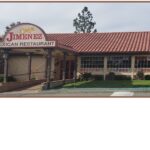 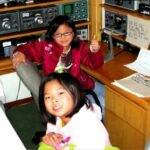 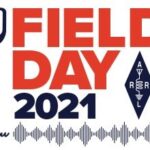 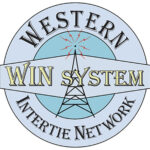 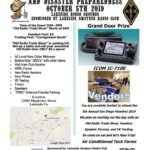